Do you read nutrition labels? If so, what do you look for? Some of us concentrate on fat grams, calories, carbs, protein, sugar and sodium and while this information is definitely impactful for controlling our health and weight, there are additional items we may want to be watching out for in our foods. Read on to see 11 potentially dangerous ingredients that you’ll want to keep in mind (and look out for on ingredient lists) when you are at the supermarket. 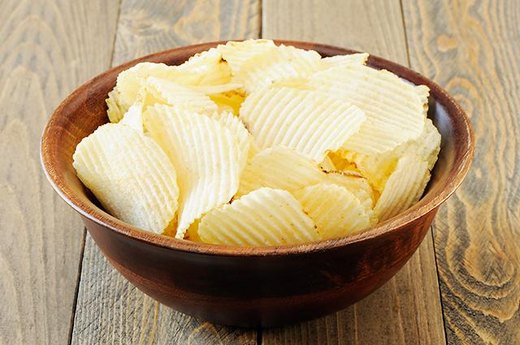 Many chips, sausages and cereals contain butylated hydroxyanisole and butylated hydroxytoluene in their ingredient lists. The waxy substances act as preservatives, keeping foods from becoming rancid. While BHA and BHT have been “generally recognized as safe” by the U.S. FDA, they remain controversial. Both substances may have some disease-fighting properties, but they’ve also been shown to raise cancer risks in animal tests, according to the U.S. National Toxicology Program. Both BHA and BHT are banned from foods in Australia, Canada, New Zealand, Japan and throughout Europe. 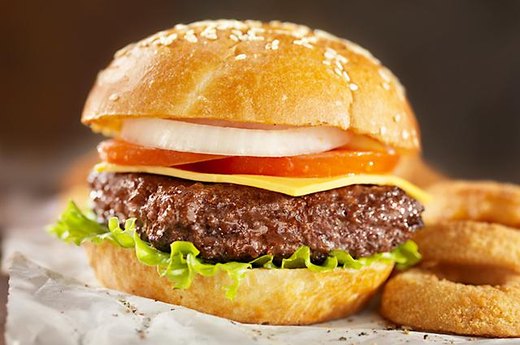 In the U.S., it’s also used to enhance texture of soft white breads, including hamburger buns at McDonald’s and Burger King. Azodicarbonamide is banned in Australia, the U.K. and European countries. What’s more, if you add azodicarbonamide to food in Singapore, you could face up to 15 years in prison and a nearly $500,000 fine. Why? Because it can interfere with respiratory health, causing allergic reactions and asthma in some people. To maintain easy breathing, be sure to choose baked goods that do not list azodicarbonamide as an ingredient. 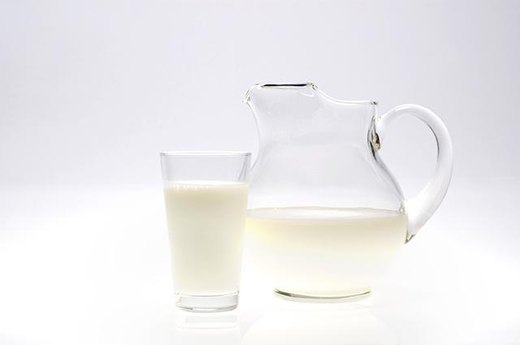 To increase milk production in cows, many U.S. dairy farmers have turned to recombinant bovine growth hormone (rBGH) and recombinant bovine somatropin (rBST). The use of these synthetic hormones is not permitted in the European Union, Canada, and some other countries, due to human and animal health risks. According to the American Cancer Society, cows treated with rBGH tend to develop more udder infections (mastitis). These cows are given more antibiotics than cows not given rBGH, and this increased use of antibiotics might lead to more antibiotic-resistant bacteria which could pose a health concern for people. To dodge these controversial chemicals try buying milk labeled rBGH/rBST-free or organic milk. 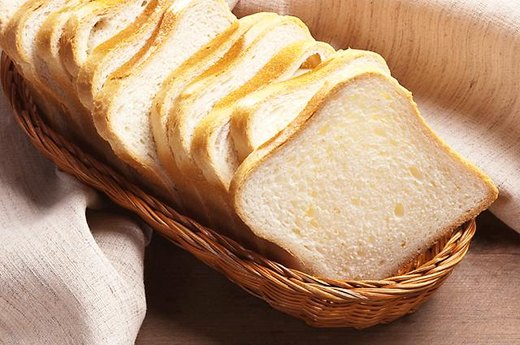 This bread additive strengthens dough, reducing its baking time and saving manufacturers money by lowering production costs. Also called bromated flour, it is believed to disappear from foods during baking and therefore trace amounts are considered safe in U.S. foods. Potassium bromate has been banned in the EU, Canada, Peru, Nigeria, Brazil, South Korea and China. Researchers in Japan published a study showing that potassium bromate causes cancer in the thyroids, kidneys and other body parts of rats and mice. The U.S. FDA hasn’t banned potassium bromate, but it does advise moderate use only and proper labeling. Many small and large bakeries in the U.S. voluntarily avoid using potassium bromate, however, it’s still found in many fast food buns and other products. 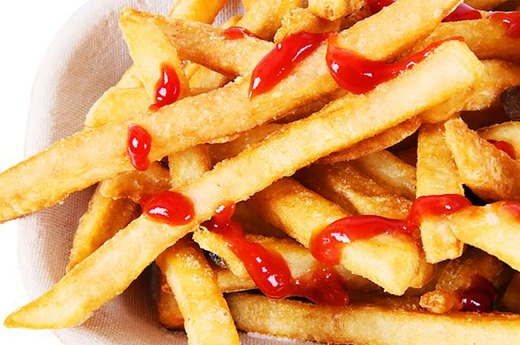 Olestra made its way into fat-free foods, including chips, crackers and fries in the U.S. in the late 1990s. Soon after, it was found to cause side effects, namely gas, cramps and anal leakage—another term for uncontrollable diarrhea. What’s more (in case you need more reasons to avoid it!), Olestra was also found to reduce the body’s ability to absorb essential nutrients. Illegal in Canada and the United Kingdom, the faux-fat remains legal in the U.S. as long as companies warn consumers of its unappetizing complications on product packaging. To keep your digestive system comfortable and your waistline trim, snack on fruits, vegetables or a small amount of nuts. These nutrient-dense whole foods promote blood sugar and appetite control. 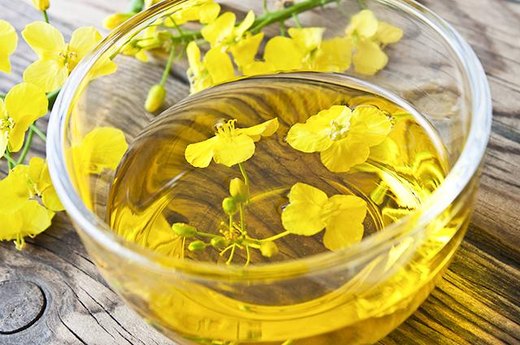 In Europe, farmers cannot legally grow genetically modified canola crops. (Canola plants were developed through conventional plant breeding from rapeseed, and organic versions can be found of the oil.) According to NPR, as of 2010, roughly 90% of canola plants in the U.S. are genetically modified varieties (GMO) that can resist two types of herbicides, glufosinate and glyphosate. According to Dr. Andrew Weil, this means “canola oil producers use a lot of pesticides on their crops.” Weil suspects that residues find their way into the finished product and recommends choosing organic or non-GMO, expeller-pressed brands of canola oil. He writes, “The lower-cost products sold in supermarkets have often been extracted with chemical solvents or high-speed presses that generate heat. Both methods alter the oil’s fatty acid chemistry in undesirable ways.” 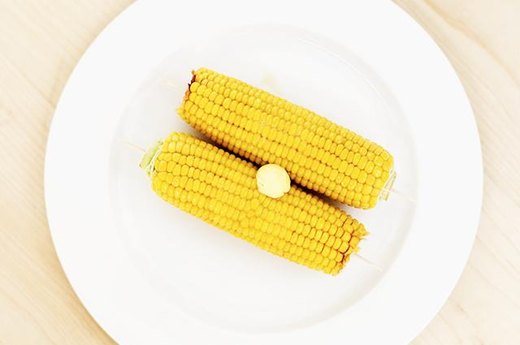 Ninety percent of the corn grown in the U.S. is genetically modified (GM). Countries including France, Greece and Algeria don’t allow genetically modified corn to be sold. “The tricky part about avoiding GMOs is that, even though the vast majority of Americans are in favor of labeling GMOs, manufacturers are currently not required to do so,” said Jon McGoran, magazine editor and urban agriculture advocate in Pennsylvania. A June 2013 study published in the Organic Systems Journal found that pigs fed a combination of GM soy and corn suffer more frequent severe stomach inflammation and enlargement of the uterus than those who eat a non-GM diet. To avoid these risks, try purchasing corn from your local farmers’ market, and when buying processed foods opt for certified organic. 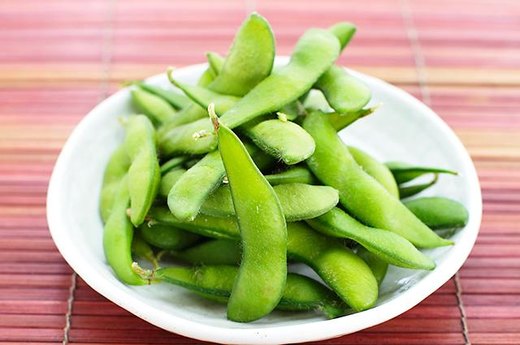 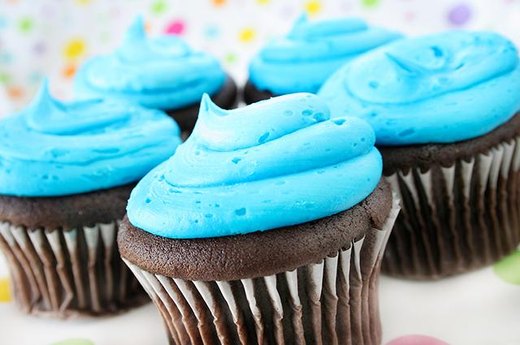 Though it’s been banned in Austria, Belgium, Denmark, France, Germany, Greece, Italy, Spain, Sweden, and Switzerland, this food colorant is often found in U.S. ice cream, cereals, canned processed peas, packet soups, bottled food colorings, icings, and in the liquor blue curacao. Research has connected Blue No. 1, which is also called Brilliant Blue with allergies, hyperactivity, learning problems, aggressiveness and irritability in children. To ban it from your kitchen, keep an eye on ingredient lists. If you see Blue No. 1, move on. 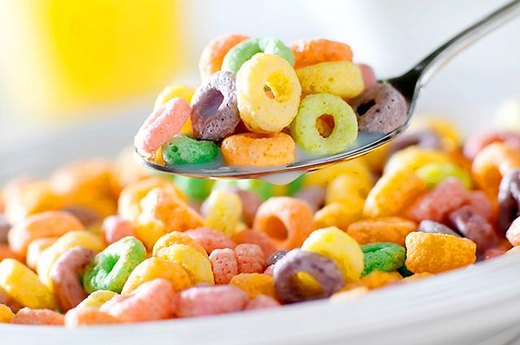 Also called tartrazine, is a food colorant banned in Finland and Norway and available widely in the U.S.. “Six of the 11 studies on Yellow Number 5 showed that it caused genotoxicity, a deterioration of the cell’s genetic material with the potential to mutate healthy DNA,” say Jayson and Mira Calton, authors of “Rich Food, Poor Food.” These effects can have serious complications, such as causing growth abnormalities. In research published in Food and Chemical Toxicology in 2010, tartrazine was administered to organ tissue in male rats. The researchers found that the artificial dye negatively affects markers of disease in vital organs, such as kidneys and livers — at low and high doses. Common sources include cheese-flavored crackers and chips, colorful cereals, butterscotch pudding, yellow sports drinks macaroni and cheese mixes. 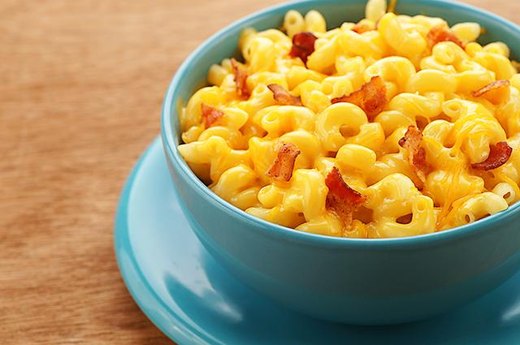 Also called Sunset Yellow, Yellow No. 6, is the third most widely used food coloring in the U.S. found in Fruity Cheerios, Trix, some Eggo waffle products, and some Kraft macaroni and cheese dinners. While it enhances the color of many American cheeses, cheese-flavored pasta mixes, candy, cereals and carbonated drinks, it may also contribute to some serious health problems. Finland and Norway banned Yellow No. 6 after lab studies showed a link between the additive and tumors in the adrenal glands and kidneys of animals. To avoid these risks, look for foods free of artificial additives. Foods and drinks colored with tumeric, a natural spice with anti-inflammatory properties, are a safer bet.

This Pineapple Water Will Detoxify Your Body, Help You Lose Weight, and Reduce Joint Swelling and Pain

A Juice Which Will Raise you From the Dead: It Has Been Famous for Decades in the World and it Takes Only 2 Minutes for Preparation!