“Eat more, lose weight” sounds like an impossible promise. After all, one of the main rules of weight loss is “calories in, calories out” — the idea that if you eat more than you burn off, you’ll gain weight.

But for some people, eating more may actually be the key to maintaining a lean physique. It’s especially effective for people who are coming off of restrictive diets or who have been yo-yo dieting for years.

The method, known as “reverse dieting,” involves gradually increasing calories in very small stages. After a restrictive diet, it allows you to get up to a normal, more sustainable calorie level without adding on pounds.

The trend is taking off in the fitness community and spreading into nutrition and weight-loss circles as well.

How Your Metabolism Works Against You

Fitness competitors often follow ultra-restrictive diets as they get ready to bare their bods on stage. But after their competitions are over, many of those ultra-fit men and women struggle to maintain their lean physiques. Restrictive regimens cause the metabolism to slow; the body adapts to become more efficient and burn fewer calories. 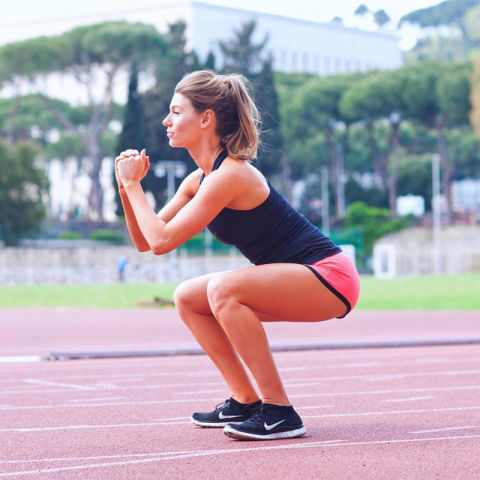 The body is wired this way. Our ancestors adapted to make the most of their caloric fuel, just in case there was suddenly a food shortage and they had to function on less.

In 2016, the landscape has obviously changed quite a bit. With food in abundance, when a fitness competitor stops dieting and starts eating again, his metabolism isn’t burning calories as quickly. That fuel gets stored as fat.

Reverse dieting hacks into our caveman biology in order to limit this post-dieting metabolic slowdown.

With a bachelor’s degree in biochemistry and a Ph.D. in nutritional science, bodybuilding and physique coach Layne Norton is one of the trend’s leading experts. Years ago, Norton noticed a quirk among his clients. “Those with a more extensive history of dieting had a harder time losing weight and keeping it off,” he explains.

“Research shows that six out of seven people can successfully lose 10 percent of their weight,” Norton says, “but the relapse rate is around 95 percent, with many putting on more weight than they originally had to begin with.”

He found that a slow transition out of dieting and into maintenance mode seemed to be a better method for keeping weight stable.

Most of Norton’s clients could maintain fat loss while eating a satisfying number of calories per day. “Eating very lean takes a lot out of you,” he explains. “Women lose menstruation, men lose testosterone. So we add more calories. Most of them don’t want to be a cover model, they just want to maintain their weight.”The reverse diet is a pretty slow process. A lot of dieters get into trouble by immediately wanting to ramp calories back up to “normal” after a prolonged period of low intake. There are no specific foods involved in a reverse diet. But among Norton’s figure competitors, protein has generally been sufficient while dieting, so Norton says he focuses on the carbs and fats his clients have usually been cutting.

You generally add only one to five percent more calories to your diet per week. If you’ve been on a 1,200-calorie diet, that means adding an extra 60 calories per day at most — just a little nudge upward at a time. “By the end of the diet, we usually add 20 to 40 percent more calories, depending on how aggressive they want to be,” Norton says.

“If someone is putting on a bunch of weight, we slow down,” he explains. “But we want to get people to a level of calories they feel comfortable with and they can maintain.” Although some like to eat more, for most people, this number hovers around 2,000 calories a day. Norton says this intake level typically allows for “the flexibility to still be consistent.”

Who Should Try It?

A reverse diet won’t fix unhealthy eating habits and frequent indulgences. It’s not for someone who needs to lose weight, but rather for someone who needs to restore metabolism back to proper function after a prolonged, restricted low-calorie diet. It’s for a person who enjoys working out and eating well, but wants to have some options and flexibility.

For those with a history of yo-yo dieting, this can be a great fix for a wonky metabolism, says health and lifestyle coach Sheila Viers, who went on a reverse diet herself from April 2015 to January 2016.

Coaching women, she wanted to try a better way of maintaining weight — one that involved more than crazy workout regimens and 1,200 calories a day. “A lot of women have come down that yo-yo dieting road,” Viers explains. “I had. I wondered, ‘What if I could max my metabolism, eat large volumes of food and maintain leanness?’”

The results: “My energy level in the gym increased a ton. I was getting stronger and tightening up my muscles. I felt really good,” Viers says.

If she ever felt concerned, she reminded herself of the bigger picture. “I just had to remember the freedom and flexibility I was gaining through the process,” she says.

Now she teaches the reverse dieting method to her clients as a wellness coach.

Start very slowly, Norton stresses. Focus on what you’ve been restricting, and aim for a balanced diet. This may mean adding more carbs and healthy fats into your life. Remember, sometimes the crawl toward a higher maintenance level comes in increases of one to five percent per week.

For Viers, she increased food consumption by around 10 grams of carbs and just one or two additional grams of fat per week. If she started gaining weight while she was on her reverse diet, she simply held her intake steady for another week. Eventually, she saw real progress and worked her way up toward her current maintenance level of 2,600 calories.

Now she’s finally in a place of personal freedom. “My entire life has changed,” she says. “I was the girl who started dieting at age 15. My whole adventure came from this dark place of wanting to be beautiful and thin. Once I healed, I got out of this ‘body jail.’”

Norton says that’s always the goal with reverse dieting. “You get people comfortable with the idea of eating more,” he says. “Then you can be more focused on feeling better and being healthy.”

What Do YOU Think?

What do you think of the concept of reverse dieting? Do you think it would work for you? Let us know in the comments.

6 Natural Supplements That Give You Instant Energy

This is The Best Way to Clean Your Ears

A Glass of Wine Equals An Hour of Exercise