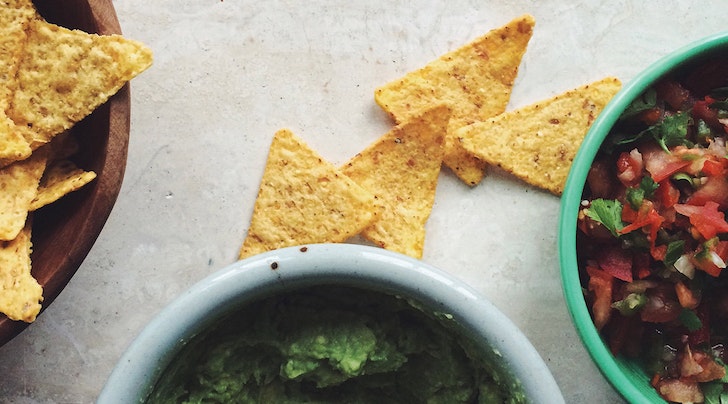 Did you know that you can make homemade baked chips that are just as tasty as Tostitos in only ten minutes?

Step one: Preheat the oven to 350°F and coat the baking sheet with a thin layer of canola oil.

Step two: Stack the tortillas on top of each other and carefully cut them into triangle shapes.

Step three: Unstack the tortilla triangles and spread them out on the baking sheet so the ends don’t touch. Brush them with a thin coating of canola oil, then sprinkle them with sea salt and lime juice.

Step four: Put the tortillas in the oven for about ten minutes, or until chips are crispy and slightly brown on top. Remove from the oven and allow them to cool.

January 10, 2018 Sophia Montessori Comments Off on These Are The Best Foods To Eat For Breakfast -And The Worst

If You Have 1 Liter of Milk, Yogurt and 1 Half a Lemon, You Can Prepare the Best Cheese

12 Foods that should always be in your kitchen