Last week, in Grand Canyon National Park, ranger Della Yurcik and her colleague were met by the couple holding a fawn in their arms. They said they encountered the baby deer a quarter of a mile away, near a creek, when he approached them and seemed lost without his mother in sight. So, they decided to carry him out. 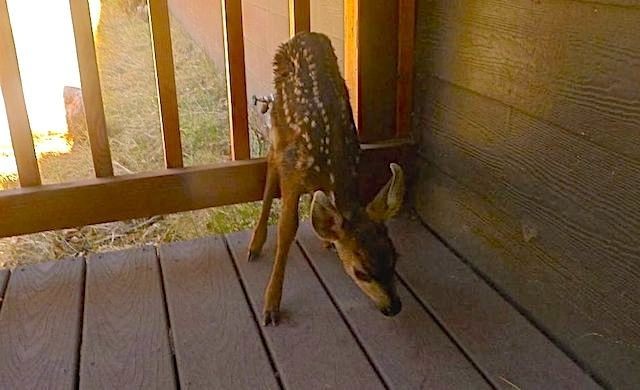 The couple might have thought they were helping, but what they did to the fawn was wrong. Mother deer routinely leave their offspring alone while they forage, so the fawn likely wasn’t in any danger at all. But interacting with wildlife like that isn’t only illegal, it is sentencing it to death.

Yurcik told the couple to leave the fawn and go. Then, as the Arizona Daily Sun reports, she began to cry — thinking that she’d have to euthanize him because he’d been handled by humans and wouldn’t survive without his mother.

Fortunately, however, things ended much better for this fawn. Yurcik told the Daily Sun that she brought the fawn to the spot where he’d been taken and wiped him down with a wet towel, hoping his mother would find him and accept him back. Sure enough, in the evening she did return to reclaim her baby. Days later, they were spotted again together.

In a post online, park officials say incidents like this one are an ongoing problem, and that hopefully others will learn:

“Even though people have the best intentions, it is best to leave wildlife in their natural habitat.”

Warning Sings Your Magnesium, Potassium And Calcium Levels Are Off And How To Fix It!