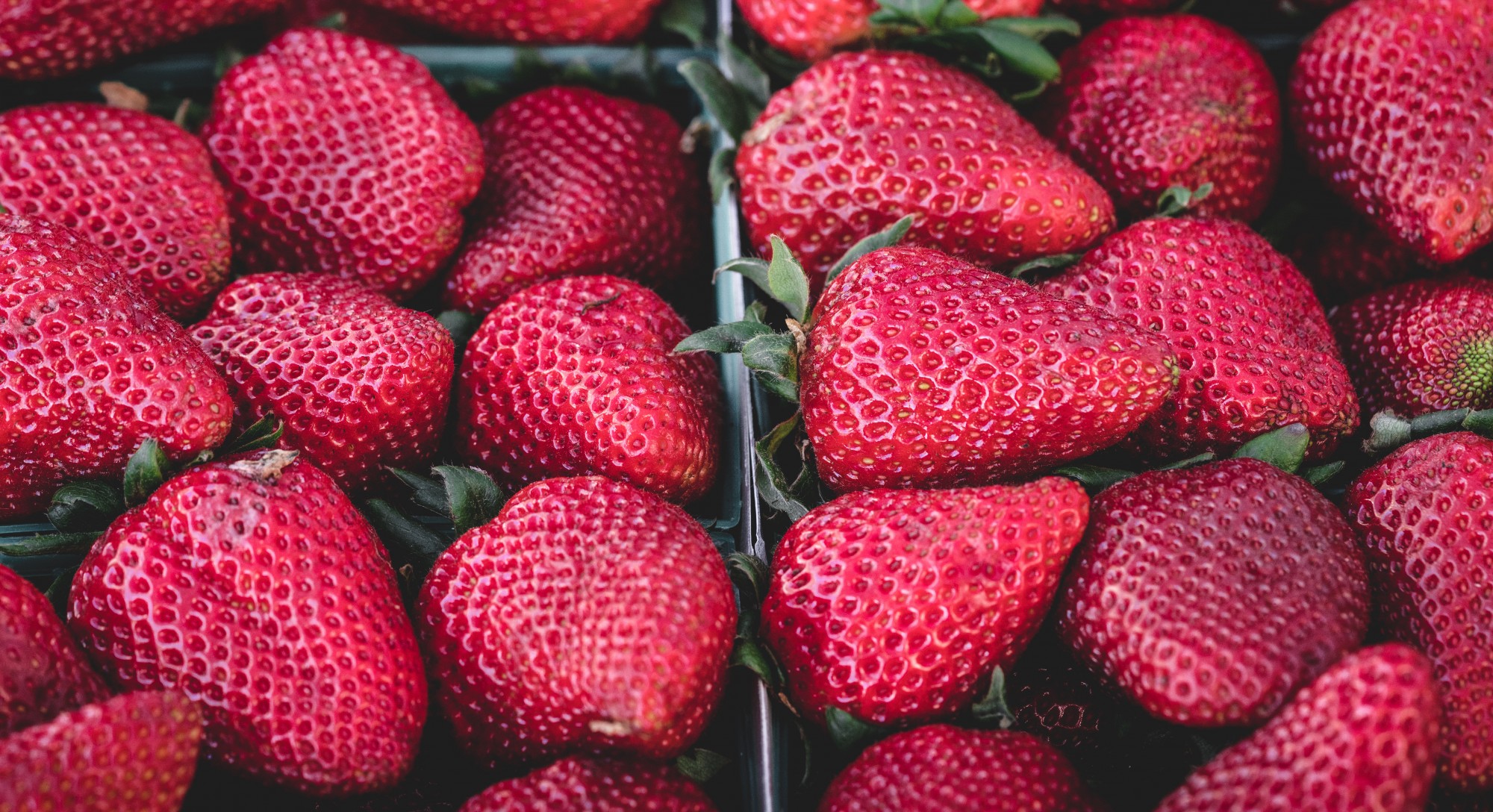 Perhaps no food embodies the warm days of late spring and early summer like the perfectly sweet and juicy red strawberry. Sliced over cereal, in yogurt, or just popped straight from the container, a fresh strawberry reminds us just how good seasonal food can be.

But there may be a dirty side to the beloved strawberry, especially if it was grown using conventional agriculture methods. The Environmental Working Group analyzed tests by the United States Department of Agriculture measuring pesticide residue on a variety of commonly grown fruits and vegetables, and found that strawberries contain three times the number of different pesticides (5.75 individual chemicals per sample) versus other produce (1.74 pesticides per sample).

This dubious distinction led the EWG to elevate strawberries, for the first time, to the top of its annual “Dirty Dozen” list of fruits and vegetables that contain the highest levels of pesticide residue, according to USDA research.

According to EWG Investigations Editor Bill Walker and Senior Analyst Sonya Lunder, writing in the 2016 Shoppers’ Guide to Pesticides in Produce, “…strawberry growers use jaw-dropping volumes of poisonous gases—some developed for chemical warfare but now banned by the Geneva Conventions—to sterilize their fields before planting, killing every pest, weed and other living thing in the soil.”

Their recommendation? Because the fruit contained particularly high levels of pesticide residue “even after they are picked, rinsed in the field, and washed before eating,” always buy strawberries that were grownorganically, without chemicals.

But sadly, it’s not just strawberries. This year, the EWG analyzed 48 of the most popular produce items, ranking them from highest pesticide levels to lowest. Apples, which were bumped from their top ranking on the 2015 Dirty Dozen list, were named the second-dirtiest in 2016, followed by nectarines, peaches, celery, and grapes. Cherries, spinach, tomatoes, and sweet bell peppers round out the top 10 foods you should always purchase organically.

EWG also publishes its “Clean 15” list each year of the foods with the lowest levels of pesticide residue. For 2016, the cleanest conventionally grown food was the avocado, followed by sweet corn, pineapples, cabbage, and frozen sweet peas.

The moral of the story is that, sadly, we simply can’t trust that most food grown using conventional methods is clean and safe when it arrives at our tables—even those perfectly red, delectably sweet strawberries.

What’s Really Inside an Egg McMuffin?

Lemon vs Lime, Only One Is Better For Your Health

She Injects Jell-O Into Bubble Wrap. The Result Had Me Running To The Kitchen.